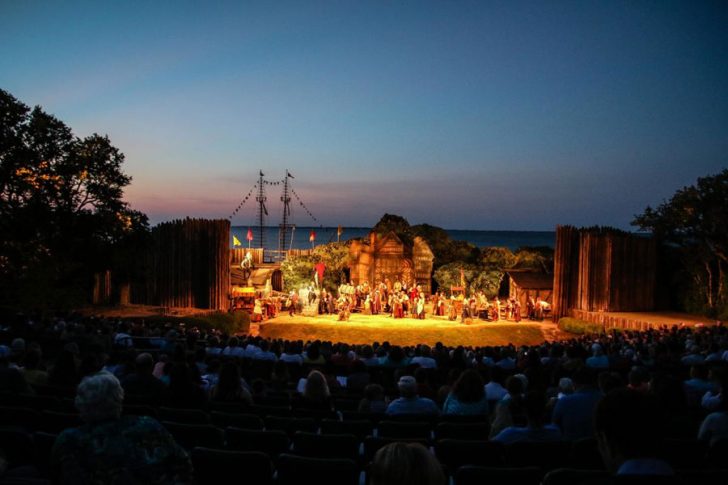 “We are beyond excited to reveal this season’s production. I am so proud of our entire team for the tireless work creating a unique perspective and captivating portrayal of Paul Green’s original script.”- John Ancona, General Manager.

Joining The Lost Colony company for the 84th season, members of several Native American tribes, including North Carolina’s Lumbee Tribe, will debut in principal as well as supporting and directorial roles.

The Lost Colony has welcomed many new faces on stage in addition to talent behind the scenes for the 2021 season including: John Ancona as General Manager, Navajo and Tlingit Alaskan dancer and choreographer Jerad E. Todacheenie as the Artistic Team’s Associate Choreographer, and RIHA Board Member Harvey Godwin Jr., Chairman of the Lumbee Tribe.

The Lost Colony’s 84th season begins May 28th and runs through August 21st. The show begins at 8:30 p.m., Monday through Saturday. Tickets start at $20. For more information visit www.thelostcolony.org

Tickets for the 84th Season of Paul Green’s The Lost Colony are on sale now!

About The Lost Colony…the proud recipient of the Tony Honor for Excellence in Theatre.

First staged in 1937, The Lost Colony is the nation’s premier and longest-running outdoor symphonic drama. Written by Pulitzer Prize-winning playwright Paul Green, The Lost Colony’s 84th season will run from May through August, 2021 at Manteo’s Waterside Theatre, on North Carolina’s Outer Banks. For tickets and more information, go to www.thelostcolony.org or call (252) 473-2127.