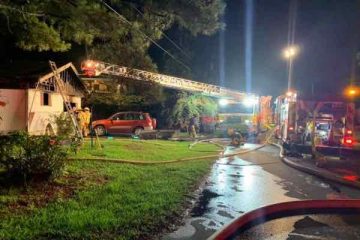 Three local fire departments quickly put out a house fire early Wednesday, but it left behind extensive damage. No one was hurt.

“When the first unit arrived on the scene, there was fire coming through the roof and eaves of the garage. The fire was extinguished; however, extensive damage occurred to the structure,” the KDH Fire Department reported.

The American Red Cross was notified to assist the occupants.

The Kill Devil Hills Fire Marshal is investigating to determine how the fire started.