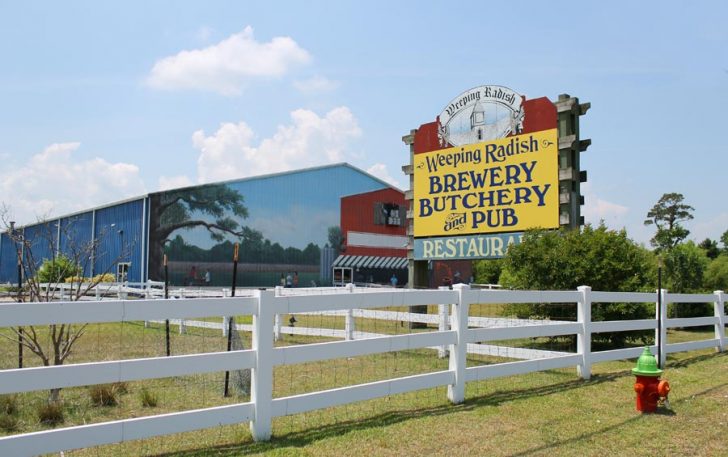 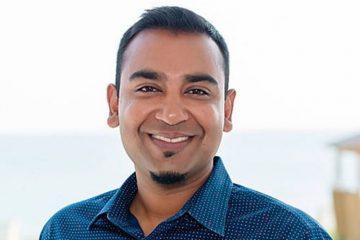 The Weeping Radish, which first opened its doors in Manteo in 1986 and relocated to Grandy in 2005 where it grew its operation, is under new ownership with its sale officially being announced on Dec. 16.

Uli and Eileen Bennewitz, founders of the microbrewery that was a first in North Carolina, sold the landmark – which includes a restaurant, brewery and butcher – to Sumit Gupta, CEO of SAGA Realty & Construction, who made clear his intent to keep building the business.

In a Dec. 16 press release, Gupta said that a refresh and expansion of Weeping Radish has been tentatively set for some time in 2022 with the help of the Optimum Group, a Northern Virginia-based hospitality firm. A greatly expanded brewery, a larger array of locally pastured meats and a new biergarten are among the changes on tap, according to the statement.

Calling Weeping Radish “a touchstone for the community,” Gupta expressed excitement over the opportunity to preserve Bennewitz’s legacy. “Uli is a legend in this industry, and to see this brewery and restaurant still going strong after four decades is so deeply inspiring, and a testament to his incredibly hard work and amazing foresight,” he said in the release.

Bennewitz, who moved to North Carolina in the early 1980s from Munich, Germany and will continue on with Gupta and Optimum as a minority partner, is credited with successfully campaigning for North Carolina law to be changed to allow microbreweries to sell their beer on site.

At the time, Weeping Radish was among less than 100 breweries in the country and now, three decades later, there are more than 339 breweries and brewpubs in North Carolina alone.

“For over three decades, we have pushed the envelope on what was possible for a small business,” Bennewitz said in a Facebook post announcing the sale. “From changing the law allowing brew pubs in North Carolina, building the first brewery and butchery, using exclusively sustainable local pork in our restaurant, to growing barley for our beer on our own farm, this has been a dynamic chanter in our lives that we will look back on with great pride.”

At the Grandy location, which includes 30 acres, Bennewitz focused his efforts on a farm-to-table movement, and the new owners say they expect to continue that legacy and expand it to include ocean-to-table as well.

Gupta asserted that Weeping Radish fans will be kept up to date on changes occurring at the site, noting that they can expect to get “behind-the-scenes glimpses” of the progress as this “living legend enters what promises to be an exciting new Chapter.”

For his part, Bennewitz noted in the Facebook post that, “We are thrilled to see how they build on the pioneering legacy of the Weeping Radish and take it to new levels.”

Bennewitz and his wife will continue to operate the Weeping Radish through the end of the year. Beginning Jan. 1, the restaurant and brew pub will close for remodeling. In the end, Bennewitz offered thanks to their loyal customers and staff over the years, declaring, “Thank you for this incredible journey.”